How to install a plugin or a script

Are you dealing with a script or a plugin ?
That’s pretty simple, unzip the file you download.

The file extension of a script file is .py (python) and .csc (coffee).
The script can come with a picture file that will have the same name than the script. That file will be used as an icon inside Cinema4D. 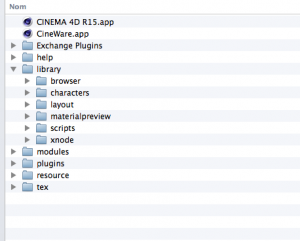 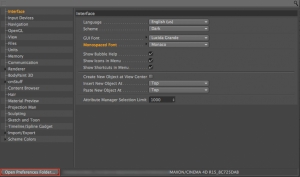 The second place you first need to launch Cinema4D, open your preferences dialog box (Cmd+E or ctrl+E or go to the menu edit->preferences) you should find a button named “open Preferences Folder” as in this pictures
That should launch a browser/finder with the Cinema4D folder selected, just double click it to open it

Installing a script :
Now that you found your “main directory” let’s dive inside the diretory library/scripts
Copy there your script file.
Installing a plugin :
Inside your main folder, you should have a sub folder named “plugins”
Copy the files you have unziped there.
Tips : you can create sub folders to organize your script / plugins. Cinema4D should show the change in its interface.
Now launch cinema4D you should find your plugins below the plugins menu (or the new menu added by the plugin itself). Script will be under the script menu, user script.